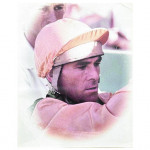 WATSON KEITH SNR You have and always will be the love of my life. With your amazing charismatic personality you have left behind so many fond memories with not only family but friends as well. Life without you will never be the same and my heart is broken. I will miss you so much. Lyn xoxox

The Funeral Service for Mr Keith Watson of Maida Vale will be held at Ascot Racecourse, 71 Grandstand Road ASCOT, commencing at 11.00am on FRIDAY (25.09.2020).

A Private Cremation will take place at a later time.