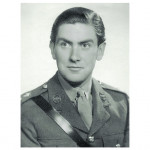 THELWELL DAVID May 28, 2022, passed away after a short illness. Born July 6, 1931. David was a lifelong traveller with a keen interest in all cultures, and a foody before it was trendy. After following his father, Commodore Robert Thelwell OBE, into military service, he spent many years as an esteemed medical representative, working in Europe, Africa, Asia and Australia. He was father to his beloved Lizzie, father-in-law to Rob, proud 'Pop-Pop' to granddaughter Olive and friend to Peta. He will be missed by his UK family, including brother Michael, niece Suzanne and nephew Ian. A private family service is planned.